Beatles fans had a rare opportunity to hear all 17 tracks in remixed and re-released format delivered on premium sound systems across North America.

These stores played the newly remastered album on its premium quality sound system, delivering a one-of-a-kind experience for Beatles fans.  Featuring the original 17 tracks newly mixed by producer Giles Martin (son of George Martin) and mix engineer Sam Okell, the new LP and CD is offered in stereo, high-resolution stereo, 5.1 surround, and Dolby Atmos (24/96 on Blu Ray), accompanied by 23 session recordings and demos, most of which have never been released.

Abbey Road was originally recorded in 1969 and released on September 26, 1969. As the final album recorded by The Beatles, it is not only the group’s swan song, but is a musical masterpiece considered by many to be among the greatest artistic achievements of the 20th Century.

The album’s unforgettable music has transcended its era to become truly timeless in an age of disposable hit tunes. Abbey Road is a desert-island album, not only for lovers of The Beatles, but for music fans across all genres.

The limitations of Beatles-era recording technology were substantial, forcing compromises to creative choices during earlier stages of the recording process. If, for example, an engineer wanted to exceed the number of recorded tracks that their 8-track tape machine allowed, two or more tracks had to be mixed together and “bounced” to an open track elsewhere on another tape machine.

Cuts were physical, done with razor blades and tape. Mixes were performed by engineers in real time. Big mistakes at any point in the process could force an entire recording to be scrapped.

Even a short, two-minute song like The End is a complex recording challenge. It features three different guitar solos, performed by John, Paul and George, while Ringo played the only drum solo of his Beatles recording career.

Besides the three guitars and Ringo’s superb drumming, there is a bass guitar, piano and an orchestra (for a few seconds), plus lead and backing vocals.

The original album’s 17 tracks are newly mixed by producer Giles Martin (son of George Martin) and mix engineer Sam Okell in stereo, high-resolution stereo, 5.1 surround, and Dolby Atmos (24/96 on Blu Ray), accompanied by 23 session recordings and demos, most of which are previously unreleased.

During the last song on Abbey Road – The End, which begins with Ringo Star’s only recorded drum solo with the Beatles, there is a rotating sequence of three, two-bar guitar solos.  Paul comes in first with a biting, trebly distorted sound, George is a bit mellower, and John is fuzzed out and grungy. A good system allows you to hear each guitar distinctly and to distinguish between each guitarists signature sound.

When the system is properly set up, the loudspeakers disappear and all that is left is a group of performers, each in their own space on the soundstage. This is a stunning musical journey for the older music lovers, some of whom may never have heard their favorite music reproduced on a high-end music system. 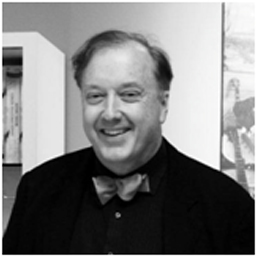 I have been a champion of high-fidelity music and music playback for decades.  The correct tone, timbre and pitch evokes an emotional response and an accurate presentation transcends music to an emotional connection to the soul of the musicians.

It is an honor to launch MOR Music with the re-release of Abbey Road. This album was first released when I was a young teenager living in Ireland.  It was played at home on a mono, vacuum tube record console. Like most teenagers in Ireland at the time, we pretty much learnt all the lyrics so we could sing along during late night music sessions after the pubs had closed.  I couldn’t tell you how many stylus we wore out playing the LP over and over again.

Music is very much steeped in the Irish culture and the Beatles repertoire has long been recognized as one of the finest examples of popular music.  We hope to offer musical experience to music lovers across North America to reconnect and rediscover your favourite music that is properly presented with music systems that brings out great sound.

MOR Music iworked with 40 store owners in North America to use this unique opportunity to introduce music lovers to the pleasures and benefits of high-end audio by playing the 50th Anniversary Edition of Abbey Road for 3 hours in their store from 3 pm to 6 pm on Saturday September 28th, 2019 with their premium audio systems.

Register with us to get future updates and our next party invite!