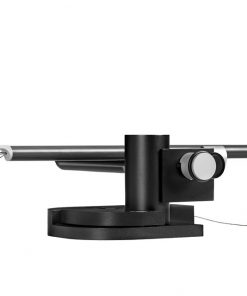 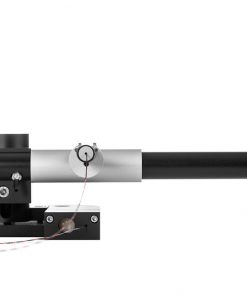 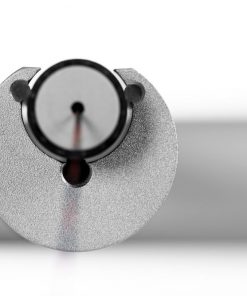 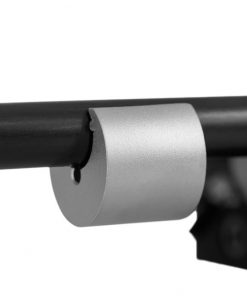 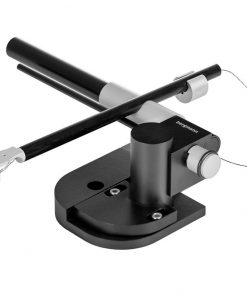 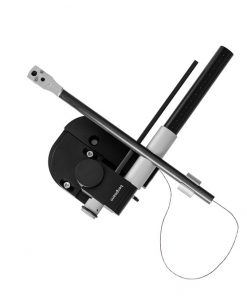 The Magne ST tonearm is a redesign of the classic Magne tonearm which is mounted as standard on the Magne turntable system.
Magne ST is a separate tonearm to be mounted on almost any turntable brand on the market.
Magne St fit perfectly to the Bergmann 4-arm turntable; model Galder.

The Magne ST tonearm is a redesign of the classic Magne tonearm which is mounted as standard on the Magne turntable system.
Magne ST is a separate tonearm to be mounted on almost any turntable brand on the market.
Magne St fit perfectly to the Bergmann 4-arm turntable; model Galder.

Magne means “strength”. In Nordic mythology Magne is the super baby, son of Thor, the God of Thunder, and when he is three days old he is so strong that he can lift a dead giant away from his father, who is pinned underneath. Magne is one of the few gods, who survive Ragnerok, the nordic armageddon, and rebuilds the new world.

Simplicity is the keyword for Bergmann Audio.

We focus on a thoroughly considered simple construction, made with few parts in solid materials, to avoid unintended resonances and to secure optimum stability.

The Magne tonearm is a linear tracking airbearing design. The moving part of the tonearm simply floats on a thin cushion of air, and is led only by the stylus tip and the record grove.
Simplicity is the keyword for Bergmann Audio.
We focus on a thoroughly considered simple construction, made with few parts in solid materials, to avoid unintended resonances and to secure optimum stability.

The motor base is standing on the aluminium bottom plate –but decoupled – and will always be aligned with the plinth, no matter the feet position.

On the back side of the plinth, the back panel is mounted. It consist of: Grounding, Air input, Vacuum input, output for an air bearing tonearm, and air adjustment valves for platter and tonearm.

These small important details, create the intense and life-like reproduction.
The armtube and head shell are the first parts which must control, the grove modulation and vibrations when the cartridge tracks the record grove.

The Magne tonearm (the moving part) is designed and assembled as one, non-adjustable unit, which consists of an aluminium sliding pipe, carbon armtube (double tube with damping) and the head shell. The head shell is fixed completely parallel to the sliding pipe, for a perfect azimuth. The counter weight is decoupled from the armtube.
The moving parts’ simple construction with no adjustable/vibrating parts, have no mechanical contact to the fixed part of the tonearm.
The advantage of this simple construction is a completely unhindered signal transmission.

The Linear tracking tonearm tracks the record as it is pressed = no tracking error.
The benefit is a distortion free and relaxed reproduction, even at complex passages.
One more important advantage of the airbearing is the tonearm’s immunity to acoustic feedback, as it has no mechanical contact (the moving part) to the turntable. The only contact is through the stylus tip and the tonearm wire.

Timbre, details and nuances, is a natural part of the transparent and vivid acoustic image.
The 3D spaciousness, layering between instruments and zero tracking error is something traditional tonearm finds hard to achieve.

Magne ST arm provides you with all adjustment possibilities required. All adjustments are easily accessible and easy to handle.

The first part of the tonearm to handle modulations from the record groove and cartridge, is the moving part of the tonearm. Head shell, armtube, sliding pipe and counter weight, has to be well considered and well assembled, to avoid any resonances to disturb the delicate signal.
The head shell is a very stiff construction, machined of one solid piece of aluminium, glued by 2-component epoxy onto the seamless carbon fiber armtube, which is a double carbon fiber tube construction with damping in between, to avoid coloration to the sound. The armtube is fixed in a groove, on top of the sliding pipe, which is machined of 2 pieces of solid aluminium and glued by 2-component epoxy.
The space between the airpipe and the sliding pipe, is 50 micron, as we found this as the most user friendly.

The air supply has been the object of our greatest attention. The goal is to design a silent air supply, which could be placed in the listening room, and deliver an even, clean and dry air flow.
The pump is an oil free, long life unit, which do not require much maintenance.
The impulses from the pump are absorbed in an encapsulated reservoir. This results in an even airflow to the air bearing. The air supply is mounted with a filter, which prevents dust particles in entering the system. The filter is replaceable when necessary.

“Bergmann’s sound is absolutely magnificent, where the resolution and transparency is at a level I have not heard from vinyl ever. Not in my own audiosystem and not in others. It is as if there is more space between the instruments. Obviously, I should use the word “air”, but it may be a way of saying on an airbearing turntable.
It allows every detail to be extracted without the slightest veil from anything, and the sound is expanding in both depth and width with sparkling precision.” 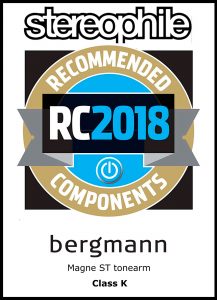