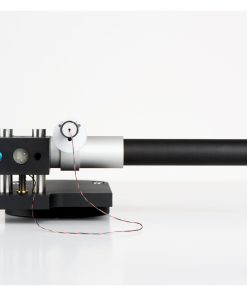 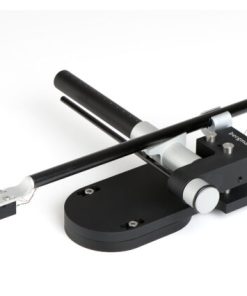 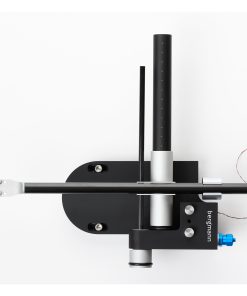 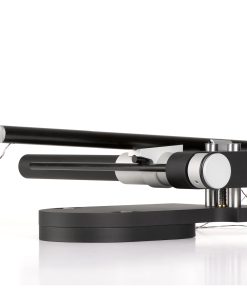 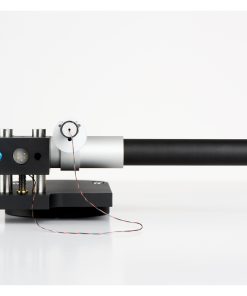 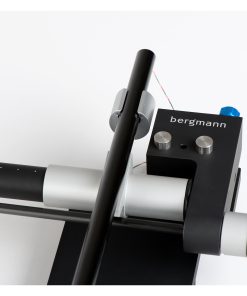 Thor was the most popular of all Gods. Thor was worshiped by most – he was the God of people. He made lightning and thunder as he drove over the clouds in his chariot drawn by goats swinging with his hammer, Mjølner. Thor stood for physical strength.

Thor`s role was among, to maintain law and order.

Thor was the most popular of all Gods. Thor was worshiped by most – he was the God of people. He made lightning and thunder as he drove over the clouds in his chariot drawn by goats swinging with his hammer, Mjølner. Thor stood for physical strength.

Thor`s role was among, to maintain law and order.

The Linear tracking tonearm tracks the record as it is pressed = no tracking error.

The benefit is a distortion free and relaxed reproduction, even at complex passages.

One more important advantage of the airbearing is the tonearm’s immunity to acoustic feedback, as the floating part (armtube and head shell) has no mechanical contact to the fixed part of the tonearm, and the turntable. The only contact is through the stylus tip and the tonearm wire.

Timbre, details and nuances, is a natural part of the transparent and vivid acoustic image.
The 3D spaciousness, layering between instruments and zero tracking error is something traditional tonearm finds hard to achieve.

In the design and construction of Thor, we stay to our idea of simplicity: As few parts and assembling as possible, to avoid resonances.

The carbon fibre armtube is traditional for Bergmann tonearms- well considered construction in few parts, made as a double tube construction, with damping in between the tubes, to avoid any coloration in the signal path, generated by the stylus tip and the record groove. Even the most powerful musical passages in the music, will be reproduced with musical ease and very low distortion.

The tonearm wire is- as usual in Bergmann tonearms- in one piece from cartridge clips to the DIN connector. The DIN connector ensure user flexibility for connection of the preferred interconnect phono cable.

Counterweight is decoupled from the arm- again to avoid any resonances.

The first part of the tonearm to handle modulations from the record groove and cartridge, is the floating part of the tonearm (armtube and head shell). Head shell, armtube, floating pipe and counter weight, has to be well considered and well assembled, to avoid any resonances to disturb the delicate signal.  The head shell is machined of one solid piece of aluminium, glued by 2-component epoxy onto the seamless carbon fiber armtube, which is a double carbon fiber tube construction with damping in between, to avoid coloration to the sound. The armtube is fixed in a groove, on top of the floating pipe, which is machined of 2 pieces of solid aluminium and glued by 2-component epoxy.

At Bergmann Audio, we don’t believe in a twistable head shell in the armtube, as this solution never will be as strong and stiff, as the construction we have made on the Thor tonearm. Azimuth is adjusted by adding a spacer between the bottom of the head shell and cartridge body. By tighten and untighten the 2 screws holding the cartridge, the cartridge can hereby be twisted to achieve a perfect azimuth.

The tonearm wire is made in one piece from the cartridge clips to the DIN connector, to secure as pure signal transmission as possible.

The air supply has been the object of our greatest attention. The goal is to design a silent air supply, which could be placed in the listening room, and deliver an even, clean and dry air flow.
The pump is an oil free, long life unit, which do not require much maintenance.
The impulses from the pump are absorbed in an encapsulated reservoir. This results in an even airflow to the air bearing. The air supply is mounted with a dust filter, which prevents dust particles in entering the system. The dust filter is replaceable when necessary.