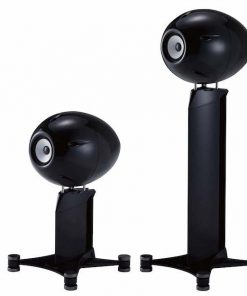 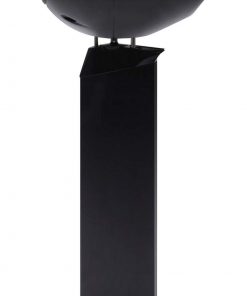 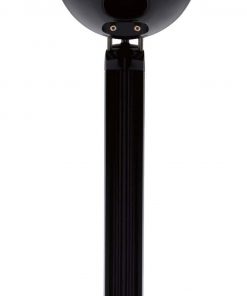 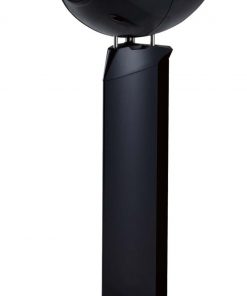 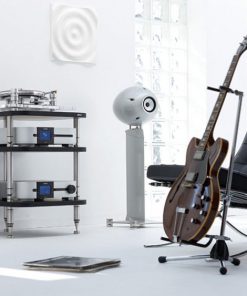 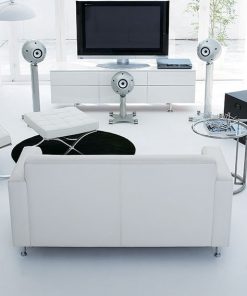 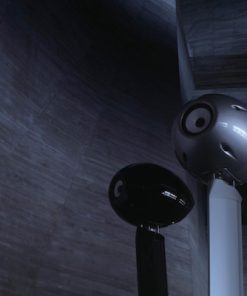 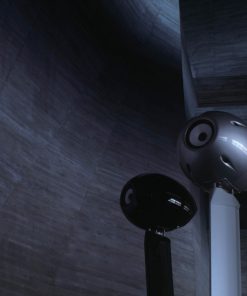 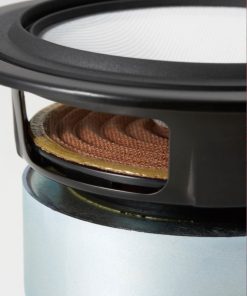 Eclipse TD712zMK2 in Black only

Now, the artistry of music, the thoughts and feelings of artists themselves, the distinctive sounds of each instrument, the exquisite harmonies woven from numerous musical notes – you can experience it all with the new TD712zMK2 like you’ve never experienced it before.

In 2004, Eclipse released TD712z, the flagship of the ECLIPSE TD range. This became the ultimate standard for the Eclipse brand.

‘There is no limit in the pursuit of the ultimate: tuning each individual detail brings evolutionary progress.’

The target for TD712zMK2 was to extend the frontiers of performance achieved with the original. Because Eclipse wanted to offer a wider frequency response, and improved power handling, they undertook a fundamental review of all elements and functions. As a result, they achieved an even better impulse response than the original TD712z, which they thought would not be feasible at the launch in 2004.

So now, the artistry of music, the thoughts and feelings of artists themselves, the distinctive sounds of each instrument, the exquisite harmonies woven from numerous musical notes – you can experience it all with the new TD712zMK2 like you’ve never experienced it before.

In ECLIPSE TD series, the internal standing and diffraction waves generated at the front baffle edges are largely eliminated by adopting a rigid, yet tactile egg-shaped form, in which no two radial surfaces are in the same plane. With TD712zMK2, the wider frequency response has been dramatically improved by increasing the internal volume of the cabinet by approximately 50% from the original model, which also helps to reduce the back pressure on the driver for better impulse response.

TD712zMK2 and its stand is an ‘all-point’ contact design, achieved by using three steel legs mounted in the top of the column in combination with a specially machined, locking ring. This design eliminates undesirable vibrations, ensures tighter lower frequency performance and allows for angle adjustments, which is an unusual option for high-end speakers. Adjustments of 0 to 12 degrees of the head angle offer a wide range of flexibility in installation to suit the individual listening environments.

TD712zMK2 base adopts an unusual integrated spike and insulator foot arrangement, which delivers unique waveform reproduction capabilities. The mounting to the stand is by all-point-contact so that any minuscule residual vibrations from the drive-unit movements are further isolated from the floor. The speaker can be moved without scratching the floor and adjustments can easily be made manually and without the use of special tools.

Because the cone needs to be extremely light, offering greater elasticity whilst still possessing high radial rigidity, fiberglass has been chosen as the ideal material for the drive-unit. It is then connected to the enclosure by a highly flexible, rubber surround incorporating a redesigned damping system. This allows precise, lateral piston movement. The magnetic flux density is approximately 10% greater than in the TD712z, providing a more powerful motor system.

The dramatic, streamlined form of the stand echoes the design of aircraft wings in restraining the reflection of spherical waves. It is made from a combination of extruded and die-cast aluminum, offering both high rigidity and extensive internal damping, which eliminates any residual vibrations. The stand is filled with high-density, irregular sized kiln dried sand. It is the combination of these elements in the structure that allows precise reproduction of low-frequency waveforms. Functional beauty was born from seeking high-performance.

“… an Eclipse two-channel system produces a holographic sonic image of individual voices and instruments or small ensembles—or, as if from a whole different vantage point and distance, an entire symphonic landscape, stadium performance, or energy-charged studio recording… Imagine discovering a pair of headphones—the best Stax, Sennheisers, HiFiMan, or Audeze—that reveal a depth of detail and nuance without having to be worn on the head; such unencumbered listening is what one experiences with the Eclipse speakers.”

“When I listen to the Eclipse TD712zMK2, I am struck not only by the precision of their imaging, but their musicality, as well. I find the speaker’s sound stage to be precise and very well defined, with sound that is warm and inviting. The 712 compliment a wide range of musical styles and reveal subtleties even in the most familiar of recordings. I also find that, while listening to the 712, I’m deeply moved by the music that I’m hearing. My experience is that I’m not aware that I’m listening to speakers, only music, and that’s the highest compliment that I can give any speaker. Also, as an ardent fan of modern design, I feel that the TD712zMK2 are an exquisite example of form that superbly follows function. They are a wonderful addition to my aural palate.”

“Some remarkable sonic features were obvious with stereo and multichannel use. First and foremost, the level of detail is very high, with the sound presented coherently and with exceptional spatial imagery and focus…. Even with prior experience with Eclipse, I was surprised how good a job it made with difficult music in 2.1 mode; big Mahler symphonies breathed fire and menace and were completely gripping. And the same applied to other types of music such as Mary Coughlan’s jazzy Moon Over Bourbon Street, as well as classical orchestral and piano-accompanied soprano voice…. In terms of design, build-quality and pure audio performance, the Eclipse system has few peers.”

Five star rating! “The sonic presentation is more tonally even than before. There’s enough bass weight for the speaker to sound balanced without using a sub, and its extra treble energy helps openness…. When it comes to timing, dynamics, and detail resolution, we doubt you’ll find better—at any price. Much the same could be said of the stereo imaging. No other speaker in our experience, with the possible exception of Quad’s electrostatics, can produce such a well-defined and precise sound stage. The Eclipses sound more life-like and cohesive than just about anything you can buy.”

“As I played a variety of CDs and LPs, the system with the Eclipses had a clarity, transparency, resolution, timbral accuracy, and specificity of imaging that were simply breathtaking. The speaker did particularly well with voices, which had a human flesh-and-blood quality, an effect that I suspect was due to the absence of the mechanical resonances present with other speakers. We normally accept these resonances as inevitable and so must mentally tune them out. The difference with the TD712z was that these resonances simply weren’t there—there was nothing to tune out…. The Fujitsu Ten Eclipse TD712z is an extraordinary speaker whose clarity, transparency, resolution, imaging, and timbral accuracy match or exceed those of just about every other speaker I’ve had in my system or heard at shows.”