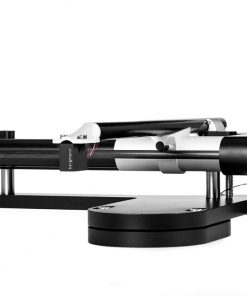 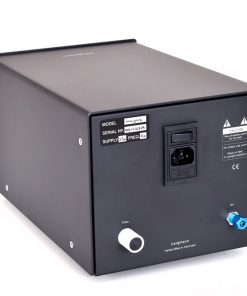 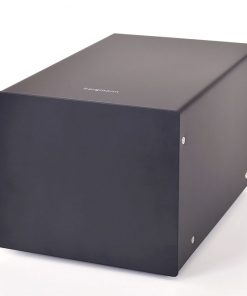 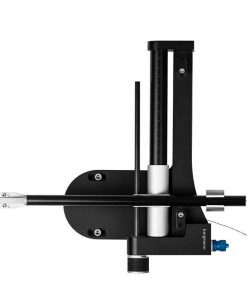 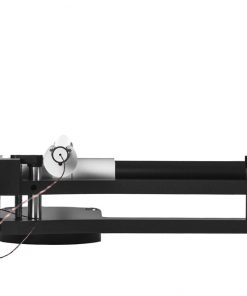 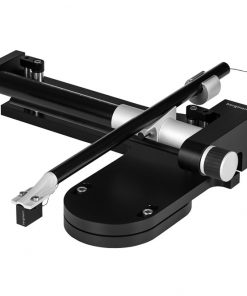 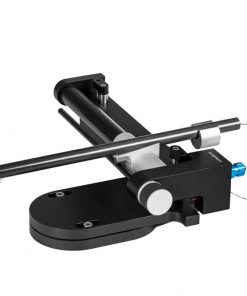 In the Nordic Mythology, Odin is an extreme central God. Together with his brothers, he is creator of the world and man. Odin is the wise God. He is also the God of poetry, providing the poets with ecstasy and wisdom to express themselves. As a God of war, Odin also plays his role, and acts more like the strategist, who sets up his army, and as the God who ensures victory.

The linear tracking tonearm, on Odin Tonearm, tracks the record as it is pressed = no tracking error.
The benefit is a distortion free and relaxed reproduction, even at complex passages.
One more important advantage of the airbearing is the tonearm’s immunity to acoustic feedback, as it has no mechanical contact (the moving part) to the turntable. The only contact is through the stylus tip and the tonearm wire.

Timbre, details and nuances, is a natural part of the transparent and vivid acoustic image.

In the design and construction of Odin, we stay to our idea of simplicity: As few parts and assemblies as possible, to avoid resonances.
A parameter in the ultimate tonearm design is stiffness and stability in the construction. Both are carefully incorporated in the Odin arm. An example is the airpipe, which is fixed in both ends, to give the floating part the best possible base.
The armtube is traditional for Bergmann tonearms- well considered construction in few parts, made as a double tube construction, with damping in between the tubes. This means that the armtube control the vibrations from cartridge and record grooves when handling the musical crescendos.
The tonearm wire is- as usual in Bergmann tonearms- in one piece from cartridge clips to the DIN connector. The DIN connector ensures user flexibility for connection of the prefered interconnect phono cable.
Counterweight is decoupled from the arm- again to avoid any resonances.

The first part of the tonearm to handle modulations from the record groove and cartridge, is the moving part of the tonearm. Head shell, armtube, sliding pipe and counter weight, has to be well considered and well assembled, to avoid any resonances to disturb the delicate signal.
The head shell is a very stiff construction, machined of one solid piece of aluminium, glued by 2-component epoxy onto the seamless carbon fiber armtube, which is a double carbon fiber tube construction with damping in between, to avoid coloration to the sound. The armtube is fixed in a groove, on top of the sliding pipe, which is machined of 2 pieces of solid aluminium and glued by 2-component epoxy.
The space between the airpipe and the sliding pipe, is 50 micron, as we found this as the most userfriendly.

The azimuth adjustment is very well considered – a slot on the bottom side of the head shell, where an “azimuth-plate” perfectly fit = 100% contact, the azimuth is simply adjusted by tighten or untighten the 2 screws holding the cartridge, and then twist the cartridge to a perfect azimuth. At Bergmann Audio, we don’t believe in a twistable head shell in the armtube, as this solution never will be as strong and stiff, as the construction we have made on the Odin tonearm.
The tonearm wire is made in one piece from the cartridge clips to the DIN connector, to secure as pure signal transmission as possible.

The air supply has been the object of our greatest attention. The goal is to design a silent air supply, which could be placed in the listening room, and deliver an even, clean and dry air flow.
The pump is an oil free, long life unit, which do not require much maintenance.
The impulses from the pump are absorbed in an encapsulated reservoir. This results in an even airflow to the air bearing. The air supply is mounted with a filter, which prevents dust particles in entering the system. The filter is replaceable when necessary.

Base for the floating part

“Bergmann shows emotions through changes in dynamics, precise attack, and not through a saturated presentation of the vocals. These are very natural, but not everyone expects naturalness from vinyl, right? It’s an open sound in which the quality of the band’s extremes is better than in case of the 99% of other designs and resembles what I know from TechDAS (Air Force) turntables and the Lumen White Myst ere model. If this is what you are looking for, that is, the truth of the source, and not “your” truth, the Bergmann system will be ideal for this purpose. Let’s add a great make and finish to it, and we’ll get a truly reference design.”

“In termes of quality of sound, engineering and build, Bergmann Audio`s Odin tonearm and Galder turntable perform way above their total price.
They sound and perform as well as their appearance suggest.”

“….Johnnie Bergmann has created a turntable with the combination of Galder and Odin, which exploits the extended technical possibilities to achieve an extremely high sound level.”

“Bergmann’s “reference tonearm” presents itself in superb craftmanship, and offers a problem-free set up to any reasonably experienced analogue afficionado, at the latest when installing the second cartridge to it. With the Odin, Johnnie B. has created a universally-applicable linear-tracking tonearm, that takes the centre stage without any affectations, strongly recommending itself for an everyday use. Despite its appearance being thoroughly functional: Sonically, the Odin is a high-caliber!”

“….Johnnie Bergmann has created a turntable with the combination of Galder and Odin, which exploits the extended technical possibilities to achieve an extremely high sound level.” 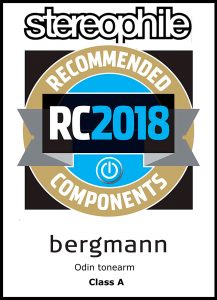 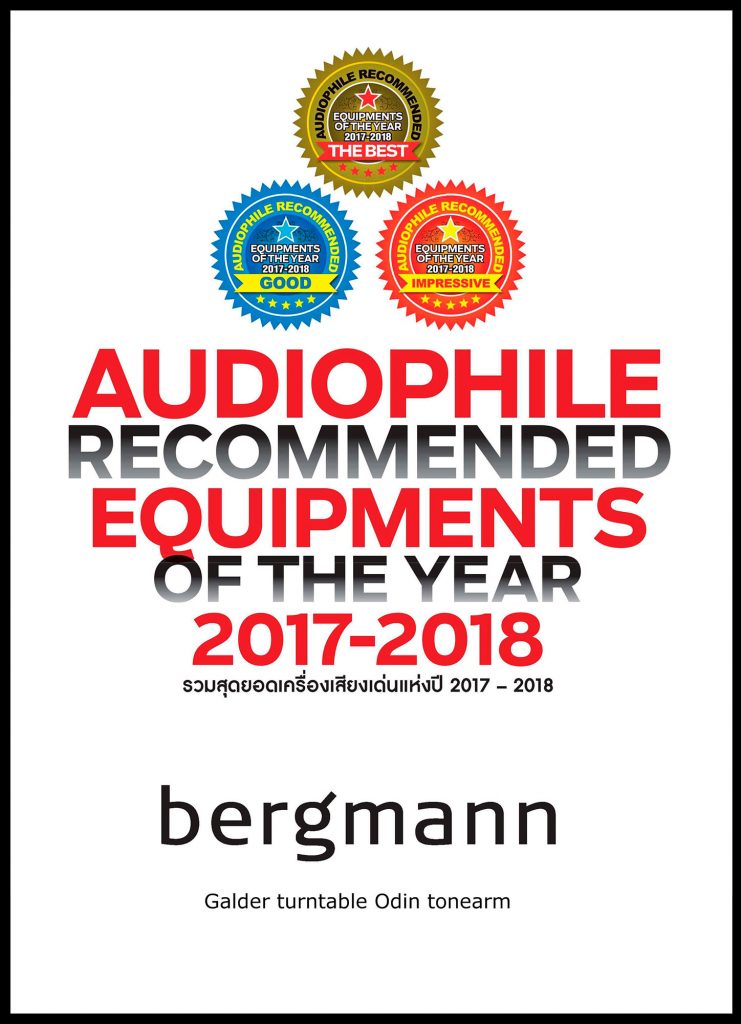 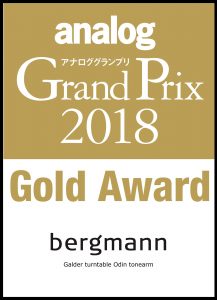