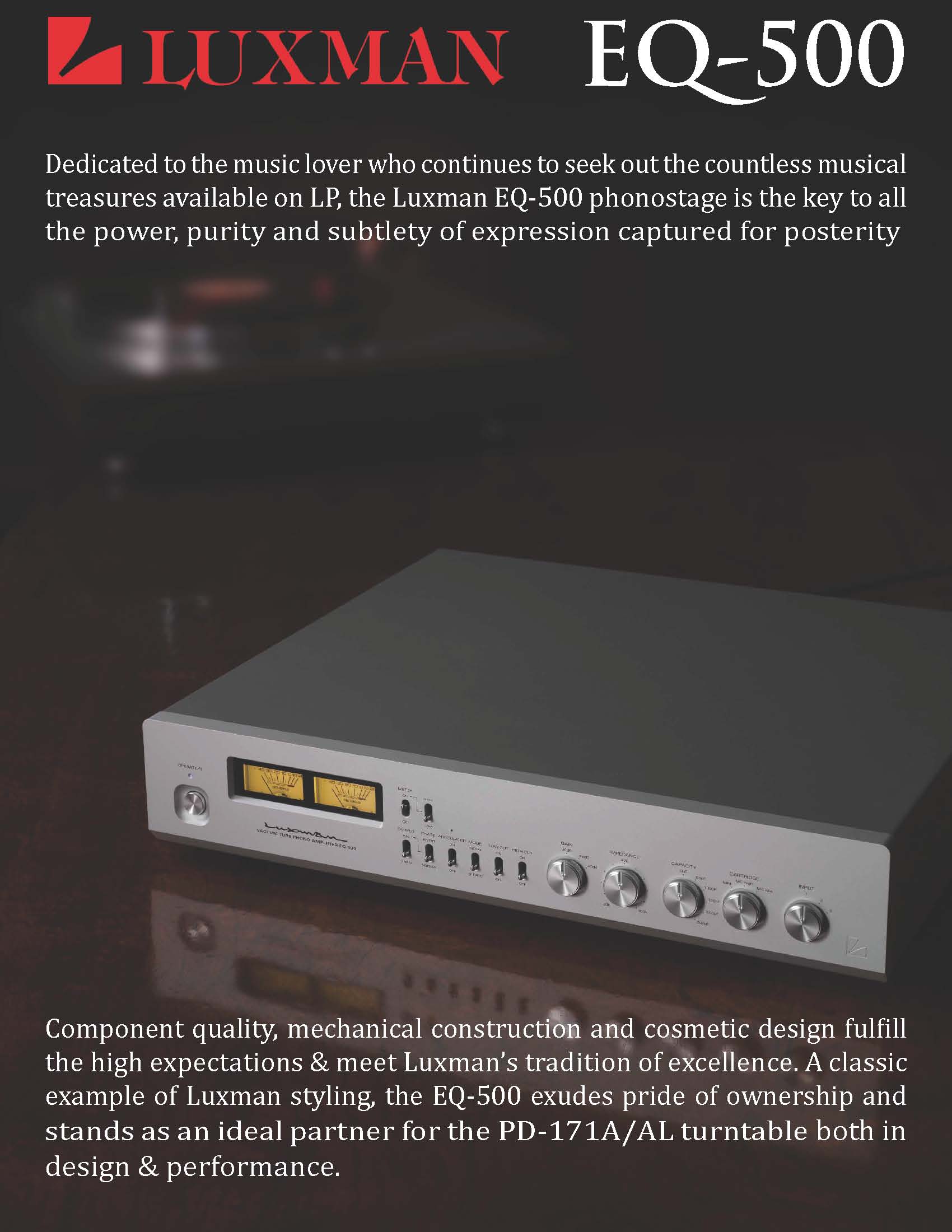 2001 was the last time Luxman released a top of the line phono stage, the E-1 (solid state). When they discontinued the E-1 recently, the buzz was on as to what they are replacing it with.

The truth is, since the introduction of the award winning PD-171 in 2011 and the subsequent PD-171A and PD-171AL turntables, Luxman’s engineers were eager to return to the drawing board to deliver a complimentary phono stage with fresh designs using all of the best parts at their disposal. Given that Luxman spent almost four years designing the PD-171, it makes sense that they took their time designing the EQ-500.

In order to deliver the tonal density that the best vinyl playback is capable of, the vacuum tube design is not a surprise. Nor that they reached out to Mundorf (Germany) for their “Audiophile” series of capacitors. Many of the Japanese designers feel that the best amplification of the super low output of a moving coil cartridge is with a step-up transformer. Considering that Luxman have been designing transformers for ninety years, it is perfectly logical that four moving coil step-up transformers (two per channel) are employed.