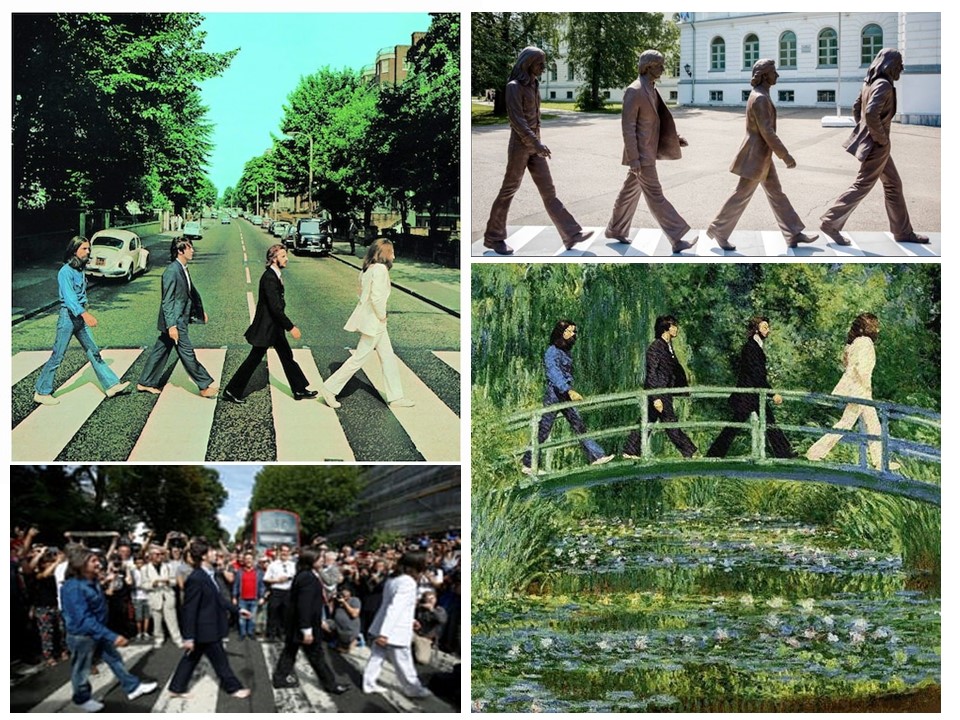 “It was just another album sleeve,” says Tony Bramwell who knew the Beatles from childhood.  But was it really?

This morning an image with the Beatles on a Monet bridge showed up in my feed that @claudemonet posted 2 days ago. Turns out it was the 50th anniversary of the infamous photo taken by Iain MacMillan who climbed a ladder on the corner of Abbey Road and Grove End Road to capture this iconic moment.

Fans from all over the world have gathered on that day at the exact spot to reenact this 1969 album cover with great fanfare. I also found out there were two sculpture installations reproducing this same moment installed: (1) in the campus of the Tomsk State University in Russia’s Siberia by local artist Anton Gnedykh unveiled June 20th 2017, and (2) in Tlalnepantla in Mexico.

The Beatles touched lives even 50 years after. The 2019 release of the movie “Yesterday” was another manifestation of the impact this group and their music had on our generation with a funny “what if” plot.

When one form of art inspires another, and when it unites people from all over the world, that’s Iconic.

The Beatles’ music puts humanities at the forefront, inspiring decades of varied art forms, as others expressed through their lens.  From music to photos, paintings, sculptures and film, they moved us to forget our divides.  It is about the music.  Let’s lift those that lift us.

The 50th Anniversary Edition of Abbey Road will be officially released on September 27th.  Philip O’Hanlon will be spinning whole sides of this landmark album at Audio Vision, San Francisco’s annual customer celebration event on the 27th through the 29th.