The Irish are famous not only for inventing whisky but refining the process with the evolution of pot still whiskey.  Pot still whiskey starts by blending malted and unsalted barley then is triple distilled where the volume of liquid is reduced but the alcohol content is increased and the raw whiskey is surprisingly smooth.  Think of the pot still process as a small batch process, as opposed to the column still process that our Scottish cousins use for continuous production.  The Scottish whiskies are typically double distilled.  Single malt whisky in contrast is made from malted barley.

Bushmills and Janson are the largest Irish whiskey distillers, both produce a blended whiskey, but the premium pot still whiskies are from small batch and also a straight whiskey.

For hundreds of years, the Irish vintners imported wine, sherry and port from the continent in oak casks and once they had emptied the casks and bottled the sherry, wine etc. they used the empty casks as part of the maturation process for the raw whiskey which they purchased from the Irish whiskey distillers.

The raw whiskey becomes more refined & sophisticated over the years as it slowly absorbs flavors from both the wood as well as the small traces of sherry or bourbon which were stored in the barrel beforehand.

Nowadays, the whiskey production process in Ireland has been consolidated under the stewardship of the distillers, who control the entire production process.  But with the growing demand for a premium product, so the Irish have risen to the challenge by producing a finer, smoother product. 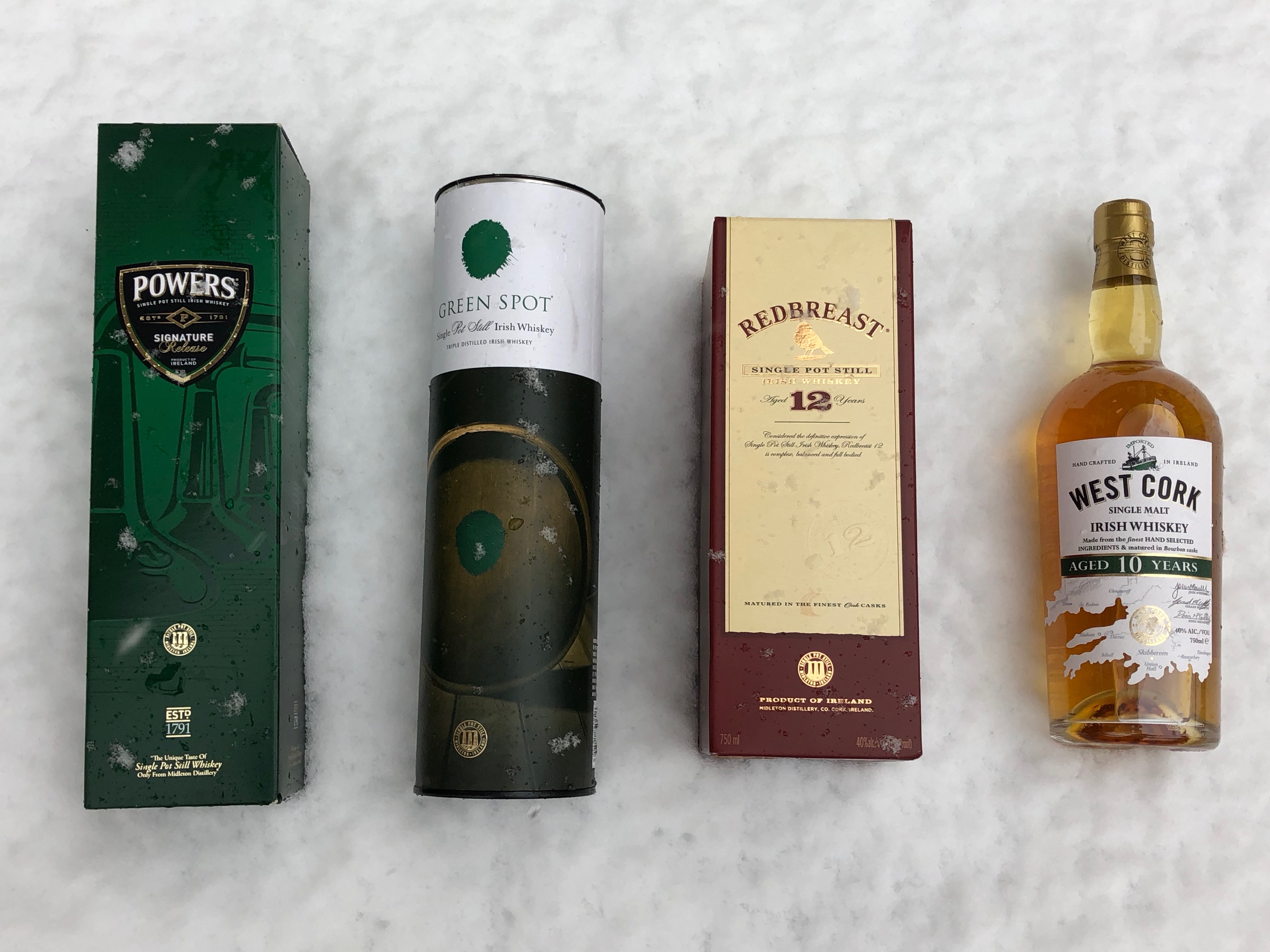 For the Manhattan Gryphon Launch we supplied three classic pot still whiskies and one single malt.

Green Spot is comprised of Pot Still whiskeys aged between 7 and 10 years. The whiskey has matured in a combination of new bourbon and refill bourbon casks as well as sherry casks. 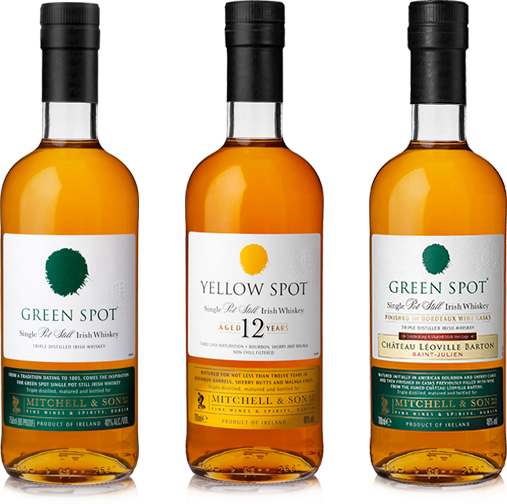 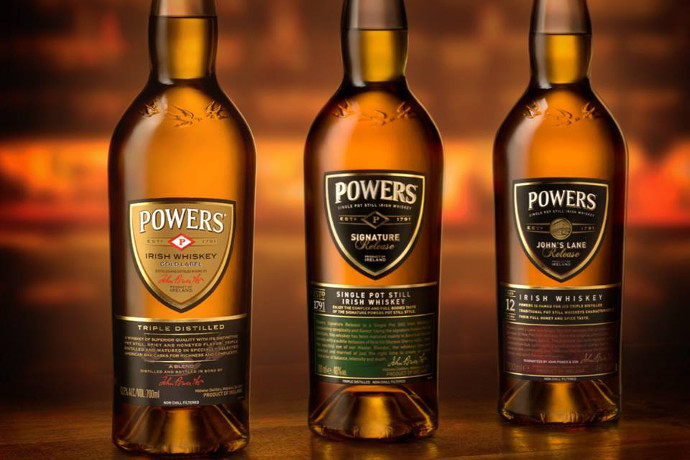 At one time it was the best selling whiskey on the Island of Ireland, and there are still pockets around the country where it outsells Jameson. Powers Signature Release is made from a robust style of single pot still spirit and predominantly matured in refill ex-bourbon barrels. A small proportion of 1’st bourbon and sherry casks are also used to balance out the whiskey. This does not carry an age statement but is usually drawn from whiskeys aged around 7,8 and 9 years old. 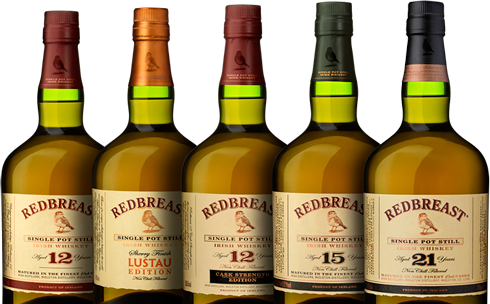 Redbreast 12 year old,  is the largest selling Single Pot Still Irish Whiskey in the world and is matured in Oloroso sherry (oak) casks from Spain.  Redbreast I find has no edge to it, it is like pouring the milk of human kindness, through your mouth, over your tongue and into the centre of your heart. It is wonderful and I will drink it to the end of my days. If you must have something even better, then search for the 15 or 21 year old versions. 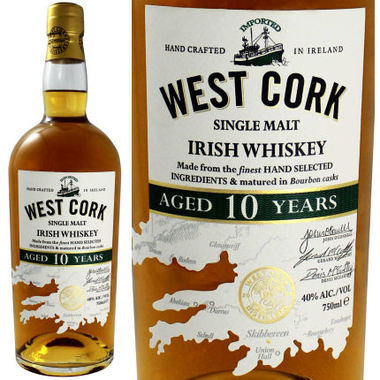 West Cork Single Malt 10 Years is good. It’s nothing special, it won’t make you jump with joy or anything, but it’s good. The aroma has an all arounds malty-fruity-honied sweet essence to it while the palate is a bit darker. I like when this happens as it keeps things interesting. If it was the exact same experience from aroma to palate it would quickly get boring.