Somehow, my first audition music notes for Graham Audio’s LS8/1 when the first pair arrived for my private audition were never shared. Looking back at these notes and comparing them with notes from the recent auditions that we held with quite a few audio friends who have stopped by to hear these very special speakers, I must say that the “Highly recommend” rating just isn’t high enough.

When we started auditioning Graham Audio’s speakers in 2017 we were initially gob smacked by the sheer musical delight that the LS5/9 offered for approx $7,000. Capable of delivering genuine musical delight, transporting the listener to another time, another place, the LS5/9 is a true time travel device.

We looked around amplification choices in our fleet and started a rotation.

First we matched them with the solid state, Class AB Luxman L-505uX.  However, we found that the amp causes the speakers to exhibit a harshness across the upper midrange.

We then paired them up the Luxman’s MQ-88 stereo amplifier with KT-88 output tubes and it was truly a glorious match.

We had the Gryphon’s Diablo 120 & 300 on hand then.  Granted it did a marvelous job driving the Graham speakers, they were too expensive as a match, and so, our search to find the right electronics began.

Our “must-have criteria” is that it must display the mid-range magically and synergistically with the Graham speaker line with a balance of tone, timbre to allow for that deep emotional connection with the music presentation but at a relatively affordable price.

We won’t bore you with the “nice-to-have” list we hoped to find, nor our audition journey of other integrated amplifiers but the Moonriver Audio 404 integrated emerged as the winner after over a year of search for our “must-have” criteria.  It also won us over with many “nice-to-have” checkmarks fulfilled. 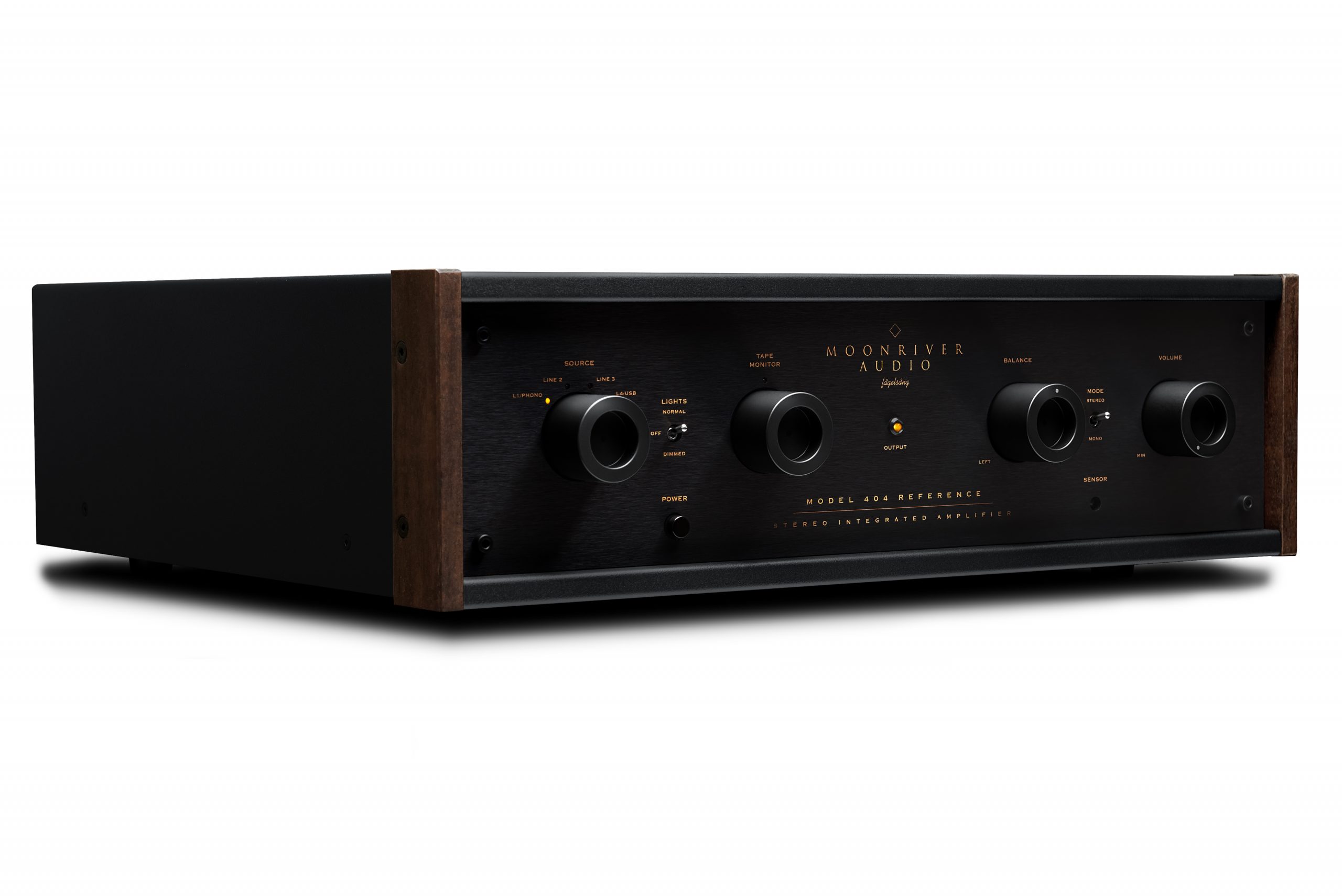 The Moonriver drives the various Graham Audio speakers fantastically, conveying the midrange magic unimpededly.  With two separate models, the Moonriver 404 and the Moonriver 404R, the latter having double the capacitance of the former, we feel that Moonriver and Graham form the perfect conduit between the performer and the transducer.

We were & continue to be impressed by Derek Hughes 2019 modernisation of the LS5/5. This was originally designed by Dudley Harwood (Harbeth) and Spencer Hughes (Spendor) while they were both employed by the BBC to develop the ultimate studio monitors.

The Bextrene, Celestion One and the LS3/6 were trickle down projects from the knowledge gained from the LS5/5 development by Spencer Hughes during his employment at the BBC. The LS8/1 limited edition, signature series by Derek Hughes is a commemoration of his father’s most seminal designs.

Read “Graham Audio LS8/1, Derek Hughes Signature Edition: 100, puts me in a state of reminiscence” for our first announcement.

In one sentence, Acapella played on the Graham speakers really plays to their strengths.  The LS8/1 has noticeably more air around the vocals than the LS3/5A, LS5/9 or LS5/8.

VoicePlay, Pentatonix, Boyz II Men, Straight No Chaser all offer pure delight with their vocal acrobatics playing through the LS8/1’s.

Andrea Bocelli singing “Sonos Novios” was simply glorious.  He summons emotions from even the most jaded audiophile.

Sarah Vaughan “Ain’t No Use” from “The Divine One” – an intimate setting with a small group that included another strong voice to accentuate hers — none other than trumpeter Harry “Sweets” Edison, who was the perfect foil for Vaughan. Arrangements and piano duties fell to Jimmy Jones, who showed great taste & restraint in his own performance.

The Room and Other Systems Details

Casual System:  LS8/1 driven by the MoonRiver 404 Reference, sources include a BlueSound Node2i for streaming, a Gryphon Ethos CD player and a Bergmann Modi with an Origin Live “Silver” tonearm with a Hanna ML MC cartridge driving the optional phono stage in the MoonRiver 404 Reference.  (Side note: The BlueSound Node streamer is ideal for exploring music or simply hours of background music.  The User Interface is decent and it supports Roon if you prefer the best music interface available today.)

More Serious listening: For serious music listening, then it’s time to break out a record player or better still plug in a R2R into the system. But I’m getting carried away and the family room was always meant to be a simpler, stripped down system compared to the reference gear downstairs in the living room.  See “Late August Music Session with Steve Williams” for this set up in the same room.

Listening room: Approx 20 x 18’ with a pitched, wooden valued 10’ ceiling. The back of the room opens out to the kitchen.  Hardwood floor was recently installed.  Note to self: The floor between the speakers & the listener is definitely begging for a rug to absorb the sound bouncing off the floor.  For critical listening, we normally put a blanket over the flat screen TV which sits above and behind the speakers.  We also put a blanket on top of our occasional glass top coffee table to stop the hard reflections bouncing up to the listener.  See “On A Higher Note Late August 2021 Update” for the system and room used during these music session.

See “An Overdue Addition to Our Family” to check out the rack system in this room.