The Montreal show has been one of my favorites and this year it more than lived up to my expectations.  We had a great turn out and shared a lot of laughs with great company.  We met lots of long-time local Luxman fans and were able to produce great sound even though the gear arrived so late that we did not have time to properly set up the speakers.

We will be returning to Montreal in Autumn for a Music Seminar with Graeme Humprey at Coupe de Foudre to do the gear and artists justice, kicking the music experience up another notch.

Our choice picks for this show are:

Charlie Byrd’s “House of the Rising Sun”, analog production reissue on 45 RPM.  It was from the album “Guitar Artistry of Charlie Byrd.  He was a true artist, in control of his instrument with Keter Betts on base and Buddy Deppenschmidt on drums.  The latter is played only a brief moment in this song but is remarkably dynamic.

INXS’ “Need You Tonight” 12″ single.  This was a very popular song during the 80’s.  I frequently played this at my night club in the South of Spain back then and it was originally released with the album “Kick”.  The only advantage this single has over the regular LP is this one has a lot more time to play even though the LP was good sounding.  This single is noticeably more dynamic, a terrific “guilty pleasure pop song.” The 12″ version is not readily available but here is the link for the LP version via SoundStageDirect.com

Paul Simon’s “The Boy In the Bubble “, extended 12” single.  This song was originally released on “The Graceland” album.  This version has considerably more percussion than the original LP whereas the original LP’s sound quality is more constrained than this 12″ single due to time constraint.  Many listeners told me that this is the best sound quality they have ever heard of this song.  The 12″ version is not readily available but here is the link for the LP version via SoundStageDirect.com

Thomas Dolby’s “She Blinded Me With Science”, extended 12″ single.  This song was originally released in 1982 in the “Golden Age of Wireless” album.
This single I played was the longer and extended version than what most people heard but was extremely well produced.  At the show when the room got quiet, no fail, every time I played this song, within 30 seconds the room became full again.

People ask me where I buy my LPs, it truly is anywhere I travel.  The last year my son has been going to a sabre fencing master, renowned coach, Daniel Costin’s Avante Garde Fencing Club in West L.A. to take lessons and my wife and I take turns to drive him there.  I picked up the last two albums from a used bin in this record store in West L.A. that I frequent. However, here is an online vendor that specializes in LPs where you can find some of my choice LP picks:

Press clippings from this show are: 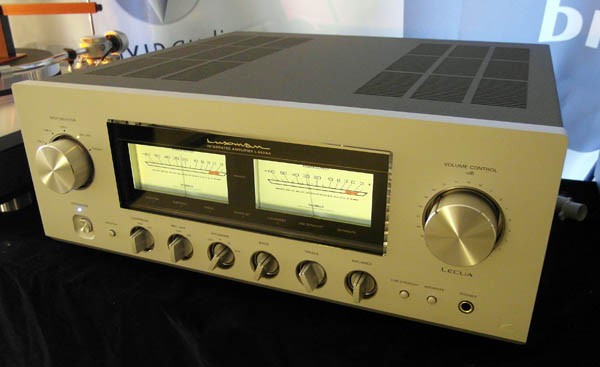 “…Not to take away from the goodness of the other gear, but I was once again mightily impressed by the manner in which the Vivid loudspeakers, in spite of looking like surprised Cyclopian aliens…” <more>

Gift from a flower to a garden 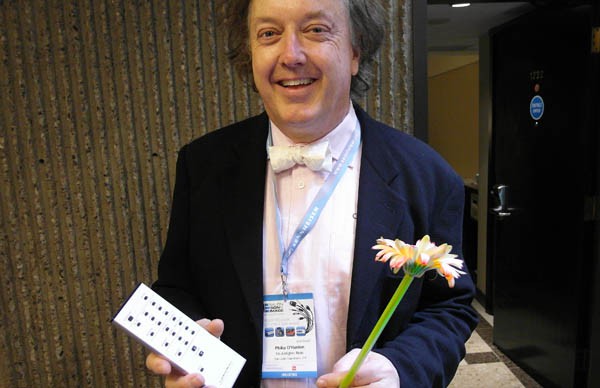 “Here’s Philip O’Hanlon of the California-based distribution company On a Higher Note, looking like he just stepped out of a Donovan album.” <more>