ALL ITEMS ON SALE (while supplies last)!

ALL SALES ARE FINAL. NO REFUNDS.  EXCHANGES ON A CASE BY CASE BASIS WITH ALL SHIPPING COSTS ACCRUED TO PURCHASER.

Read this on lineage of Luxman vacuum tube products before your next purchase. 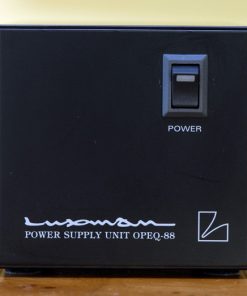 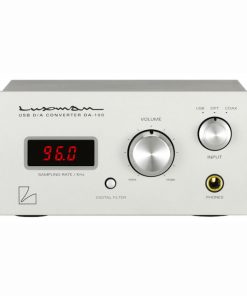 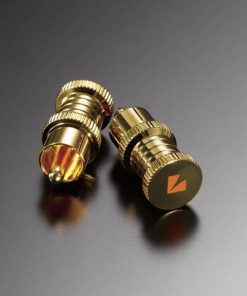 Lux Corporation was founded in Japan on June 1925, by T. Hayakawa & his brother K. Yoshikawa. It began as the radio equipment department of Kinsuido Picture Frame Store in Osaka, an importer of picture frames. Lux was the among the first manufacturers in Japan of electronic components, and already famous at that time for their output transformers & switches.

In 1984 Lux was acquired by Alps and inherited the Alpine home hi-fi division and the Alpage brands and this created a lot of confusion since the product lines of the Alpine factory started appearing with the Luxman brand on it, and in some cases there were more than one distributor in each country distributing Luxman branded products, one for the product lines and designs from the old Alpine factory and one for the products from Luxman proper. Alpine's consumer oriented product lines clashed terribly in the marketplace with the perfectionist Luxman brand and confusion reigned. Alps retired Luxman’s original distribution network from N. America & Europe shortly after and tried to sell both brands through their existing Alpine dealer network, unfortunately to the detriment of Luxman, when Alps stopped selling Luxman completely in the United States & Europe since the late 1980s. Luxman changed hands again in the 1994 when Samsung, Korea, took a majority stake in Lux Corp.’s stock. In 2000 Lux Corp became Luxman Corporation when it reverted back into private Japanese ownership. Under the new management, they invested heavily in R&D for their high-end 80th Anniversary Commemoration models which were released in 2005 in order to reposition Luxman globally once again as a luxury, high-end audio brand.

Luxman holds many patents for audio engineering; amongst them is the application of Global Negative Feedback to the output stage, which they developed in 1955. While widely used throughout the audio industry today, they no longer use it themselves.

Luxman nowadays uses a distortion reduction technique called Only Distortion Negative Feedback (ODNF). This system works by isolating noise & distortion at the output from the music signal and sparingly applying negative feedback to suppress them. Conventional negative feedback systems can have an adverse effect on the music, introducing phase distortion. "The circuit features such an ultra-wide range, ultra- high slew rate and ultra low distortion that it does not use phase compensation for the music signal amplifying circuits." This new technology also ensures that need for a DC servo circuit is alleviated, again improving sound quality.

During the 1970s and 1980s, Lux was the only major Japanese audio manufacturer to continue producing vacuum tube audio amplifiers.

Since 1925, Luxman has crafted audio products in Japan. Luxman products are designed in Japan; each part is carefully tested and evaluated with many custom-made parts, thus making the Luxman designs unique, special and one of a kind. Apart from the shared Power Supply, the amplifier designs are usually dual mono. The transformers are made in Japan to their specifications. Luxman even hand selects the color paint used on the resistors to identify value and tolerance based on extensive listening tests. The chassis is carefully tuned with both vibration and resonance being very carefully controlled to make them perform like a musical instrument. Finally, assembly and testing are carried out in Japan. Luxman's attention to detail is second to none.

Easy On the Ear

A piece of audio equipment should offer excellent performance specifications. Yet, the product that performs the best on paper is not necessarily the best sounding one - because there is no way to relate specifications to the degree of emotion a product evokes in the heart of the listener.

While Luxman places a great importance on numerical analysis of our products, still greater significance is given to actual auditions. In essence, our performance concept is to ensure that a component produces the most natural sound possible when it plays back music. Our senses are quick to detect unnaturalness in what we hear. Artificial sound tires us, but rich, natural sound relaxes and frees us from stress and tension, letting us enjoys music at the deepest level.

Easy On the Eye

In terms of performance, we build our products to deliver natural sound that brings spiritual serenity to the listener. And in aesthetic terms, we stress the interplay of light and shadow, so the Luxman products present a solid, sculpture-like impression.

The merging of sensibilities and technology, gives a product its unique personality.

What is clear in retrospect is that Luxman products have always successfully combined the latest electronics engineering and aesthetic designs for high performance and a finely crafted look, without making any compromises. Open to innovative ideas and free from engineering prejudices; Luxman is committed to designing and building products that satisfy those music lovers who are unwilling to settle for anything less than the best.

Easy On the Soul

Luxman audio components deliver both the emotional impact of the performance as well as the peace of mind of long-term reliability. Because every model incorporates proven circuit designs and exhaustive quality evaluations to provide uncompromising durability.

Contact us for a music and audio consultant near you to take the Luxman Tone Control challenge. Bring your favorite recordings and some sonically challenged ones, and let our consultants show you what you have been missing all these years.