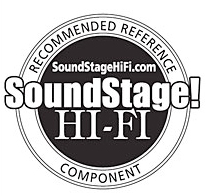 Schneider wrote an excellent review of Vivid Audio’s limited edition B1 Decade back in March. He admits to having overlooked Vivid Audio’s line of speakers for a number of years, before he stopped to give the original Vivid B1 loudspeakers a listen in 2010. They ended up being his favorite speaker for under $20,000.

For Vivid Audio’s 10th anniversary, they decided to completely remodel the original B1. Doug wrote in his review that the limited edition B1 Decade “represents the pinnacle of what Dickie and Guttentag feel can be achieved in the Oval series.”

Or learn more about what makes the Vivid B1 Decade a Recommended Reference Component.